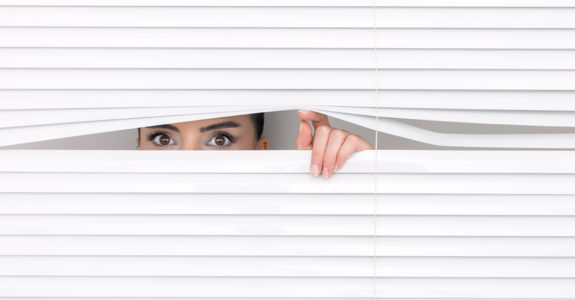 It is impossible as of this date to pick up a newspaper, magazine, watch the television, listen to the radio or just plain old surf the web without being subjected to the uninterrupted barrage of coronavirus mania. Panic is in the air, with universities closing, school districts considering the same, flights and travel plans cancelled and even the long-standing Florida spring break ritual under threat.

So much hype and misinformation about this most recent media tizzy have sent shoppers to the stores frantic for toilet paper, hand sanitizers and face masks, which experts say are of little use. (If you have an infection, masks can protect against spreading your germs and also can serve as a reminder to not touch your face.) Stock markets around the world have lost investors trillions of dollars in value, once-popular vacation spots are virtual ghost towns and people on all sides of the political spectrum are pointing fingers, gleefully politicizing a public health issue and criticizing the officials tasked with protecting the public.

As a physician with 36 years of experience who has studied epidemiology, statistics and infectious disease, I have my own take on recent events related to the outbreak. Based on dispassionate research and discussions with knowledgeable and skilled medical colleagues, I have come to the conclusion that while of legitimate medical concern, the risks to the public of the SARS-COV-2 virus that causes the disease referred to as COVID-19 are overhyped and overblown. Let me tell you why I think this.

I will not rehash basics of the disease and the precautions and efforts that have been undertaken to confront the issue, as Bottom Line Inc. and numerous government agencies like the Centers for Disease Control and Prevention and universities have dealt with and elucidated these things in other writings. No, my purpose in this blog is to render a perspective that I feel is lacking in much of what is being said today about the virus and the illness that, in a minority of cases, results in overt signs and symptoms.

First, let’s talk numbers and math, a discipline in which most people seem starved for crucial literacy. There are approximately 7.7 billion people in the world today and the US has a population of roughly 330 million. As of this writing (and I know the numbers will have changed by the time you read this), Johns Hopkins University estimates there are 121,564 known cases worldwide of COVID-19, in which 4,373 people have died. 80,969 cases came from China, where medical observers are quick to point out that the high smoking rate, air pollution and less robust sanitation measures have surely contributed to the number of cases and apparently higher mortality. 121,564 cases on a planet of almost eight billion. Realizing that a billion is a thousand times a thousand times a thousand, anyone with a whit of math ability comes to the conclusion that the number of those infected with corona virus is minuscule, as is the number of deaths, when compared with population groups.

Realize also that the flu, which rears its ugly head each year, has killed exponentially more people than SARS-CO-2. The CDC estimates that during the 2018–2019 influenza season, flu was associated with more than 35.5 million illnesses, more than 16.5 million medical visits, 490,600 hospitalizations, and 34,200 deaths. For the current flu season (reporting October 1, 2019 through February 29, 2020), the CDC estimates that there were between 34 million and 49 million flu illnesses…16 million to 23 million medical visits…350,000 to 620,000 hospitalizations…and 20,000 to 52,000 deaths. The World Health Organization recently cited the existence of between three million and five million severe cases of flu per year, with a death toll of 290,000 to 650,000 annually. Admittedly, SARS-CO-2 appears to have a higher mortality rate than the flu. But the flu and coronavirus seem particularly deadly for the same types of populations—the elderly, the already sick and the immune-compromised. Indeed, the median age of the patients from Wuhan who died from infection was 75, and many of them had chronic diseases like hypertension, diabetes and Parkinson’s.

But the media does not focus on these illuminating, contextual numbers. They also fail to highlight that the Spanish flu epidemic of 1918 killed 50 million people worldwide. Although a long time ago, when medicine, sanitation and access to basic care was far different, Spanish flu decimated populations over an admittedly greater extended time period. But the numbers are still useful to contrast the sheer scope of what true pandemics look like. The experts appear to suggest that, although no one can guarantee anything, it does not appear that COVID-19 is heading in the direction that the world witnessed in 1918—not by a long shot. Flu is much more prevalent, numbers-wise more deadly and affects similar at-risk groups as COVID-19. I realize that that can change as the picture becomes more clear, but is that likely? I personally do not think so.

A letter from prominent physicians writing in the prestigious British Medical Journal on 2/9/20 emphasized that novel corona virus fatality rates are overestimated. They had this to say: “…the CFR (case fatality rate) for COVID-19 will likely be significantly lower than both the currently reported rates and those…in the coming weeks.”

Yale Medicine, in their March 10th article “5 Things Everyone Should Know About the Corona Virus Outbreak,” added this: “From a media briefing on March 3, WHO Director-General Tedros Adhanom Ghebreyesus outlined important differences between the two viruses (flu and corona)…’COVID-19 does not transmit as efficiently as influenza.’” The article does state that COVID-19 does appear in many cases to cause more severe disease than influenza, it adds that while “containment for seasonal flu is just not possible…it is possible for COVID-19.”

Dr. Anthony Fauci of the National Institute of Allergy and Infectious Diseases (NIAID) has said in congressional testimony, in regard to testing and detecting the presence of the virus, that “The system is not really geared to what we need right now…That is a failing” He goes on to say that he believed things will get a lot worse before they get better. That may be, since the United States appears to be in the early stages of exposure to the virus.

I have met Dr. Fauci and have utmost respect for him and his opinions. Having said that, what puzzles me is that, if the virus has been present for at least weeks and maybe more in our country, and the incubation period (the time from exposure and contraction of the virus to disease expression) is 14 days, why are our hospitals and emergency rooms not flooded, for now at least, with the seriously ill?

In addition, I find an article from the CATO Institute that questions the arithmetic of the matter illuminating. Along these lines, I have to think that the detection of COVID-19 infection is rising simply because we are looking for it. I like to think of it this way. If I were on a golf course, there would be plenty of lost golf balls in the woods, among the bushes and in the ponds and streams. But if I don’t search them out, I’d never find them. So, if COVID-19 is thought to cause little to no symptoms or signs in the majority of those exposed to it, it would follow that many, many more people could have been infected by it and never know it. Therefore, since no one was looking for it before this whole crisis emerged, untold numbers of people could have been harboring the virus and not know it. Many people seem to agree with that assessment, i.e., that the denominator in the number of people infected is much greater than originally thought. That would, by definition, make the illness and mortality rates much lower than is now calculated.

And then there’s the stock market. Regarding the recent free-fall in equity markets, it is useful to note that, according to a chart put out by CNBC entitled “Markets Heal Quickly From Disease Outbreaks,” in nine of the 14 infectious disease outbreaks that have affected stocks between 1981 and the present (including swine flu, SARS, cholera, measles, avian flu, dengue fever, MERS, Ebola 1, Measles/Rubeola, ZIKA, HIV, Corona, Ebola and pneumonic plague), stock returns within six months of the crises had turned positive again, ranging from gains of between 2.3% and 40%. Food for thought in times of panic and uncertainty.

To conclude, is COVID-19 a cause for concern? Yes, but not overly so in my opinion. As of this writing, sources as diverse and respected as the BMJ, Yale, Harvard, the WHO and the NIH have expressed general similar sentiments. Deaths and illness are disturbing and concerning in any amounts, but panic and hysteria need not overrule reason and fact. Prominent public health and other medical officials are quick to emphasize that overreaction is not warranted and that US and foreign efforts, as of this writing, represent appropriate steps to prevent disease spread, treat the ill and foster the development of antivirals and vaccines to confront any ongoing threat.

Would I cancel any plans, as a healthy 62-year-old man, for travel, going to concerts, the gym, restaurants or any other public places? Not on your life. Do I carry hand sanitizer? Nope. I wash my hands with soap and water. Am I stockpiling toilet paper, water, hand gels and the like? Don’t be ridiculous.

If you are at risk, i.e., elderly with chronic inter-current diseases or otherwise immune compromised, extra caution is warranted. Otherwise, my best advice at this time is live your life. Go on about your business. Exercise common sense. Wash your hands with soap and water. And get rid of those silly face masks. They aren’t doing you any good.