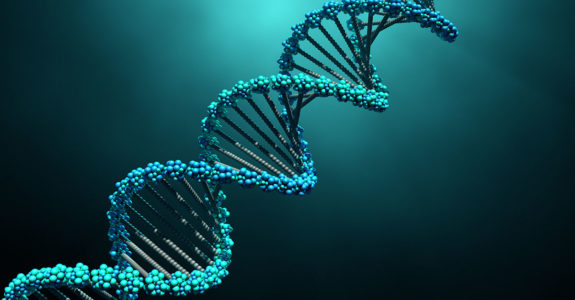 Recently on 60 Minutes, the CBS Sunday night television magazine, the story of a young woman from Florida who suffered (yes, as in past tense) from sickle cell disease highlighted her virtual cure from the condition with gene therapy. The nation and the 8.4 million viewers were astounded and moved. So was I.

I have a very personal connection to where this treatment for sickle cell disease, and potentially many others, was developed—the National Institutes of Health, or NIH. In the summer of 1953, my late father came to the NIH to do his endocrine fellowship at the fledgling institute, which is now arguably the premiere medical research institute in the world. I often joke with friends that if it weren’t for the NIH and my dad being a physician, I would have never had the good fortune to grow up in a community like Bethesda.

Fast forward to the summer of 2019, where I was helping my friend with his treatments for autoimmune disease at NIH. There, I met through him the man behind the quite miraculous cure (!) of the Florida woman’s sickle cell, John Tisdale MD. I spoke briefly with Dr. Tisdale, an affable man and obviously brilliant researcher, who was helpful in treating my friend’s wife for her lymphoma years before. (That’s another miracle story.)

In the 60 Minutes piece, Dr. John LaPook featured Dr. Tisdale and the novel and groundbreaking approach to genetic therapy he employed to treat patients with sickle cell. LaPook also interviewed the director of the NIH, Dr. Francis Collins, who almost committed to using the “C” word (cure) in discussing genetic therapy for sickle cell. The discussions with them, along with the compelling and inspiring interview of the patient in question, made for great drama. I can’t think of anyone who was not moved by the story.

Essentially, the science behind the genetic therapy is this: Stem cells are removed from the patient and then the patient is treated with chemotherapy to destroy any remaining stem cells in the body. Then, “correct” DNA is substituted for the faulty section of DNA that codes for expression of a disease, in this case, sickle cell. Then, in an astounding twist, deactivated (non-disease causing) HIV, the virus that leads to AIDS in many patients, is used to carry the corrected DNA material to the cells of the patient’s body by infusing (injecting) the new material into the patient. It appears that the very thing that makes HIV so dangerous—its ability transfer DNA into cells all over the human body—is the very thing that makes it, when deactivated as a disease carrier, a great deliverer of healing DNA.

So, why should you care about this? This is why: Other than the great news for sickle cell sufferers and their loved ones, Dr. Collins has proposed that since the DNA defects of 7000 diseases have been mapped out to date, the potential to use the same or similar technology to “cure” disease may be out there. Think what that means for the future and for patients with cancer, neurologic, endocrine, autoimmune and a host of other horrible and formerly “hopeless” diseases! If it worked for the previously not curable sickle cell disease, why not for others?

So, take heart. There may be a miracle just around the corner for you, a family member or friend. If you are told that what you have is not treatable, it certainly is encouraging to know that medical science just might have something for you. And while other treatments may buy you time (see the recent reports in the reduction of cancer deaths, particularly melanoma) researchers are likely busy addressing the very conditions from which you suffer.