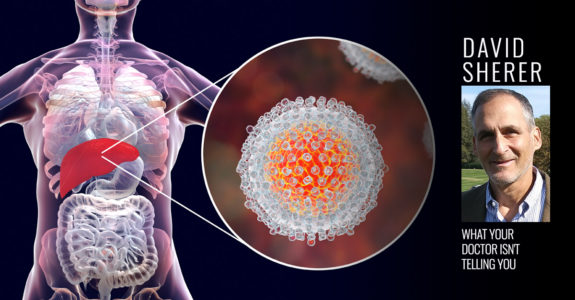 As the world remains transfixed and at times pessimistic about the prospects for progress in defeating the novel coronavirus, which causes COVID-19, medical history has taught us to be hopeful that another therapeutic miracle could be around the corner. Nowhere is that more evident than the strides made to mitigate and even cure another long-feared viral disease, hepatitis C.

The curing of hepatitis C has been nothing short of a medical miracle and is a shining example of the adage that if you throw enough money and brain power at a problem you are likely to achieve great things. Hepatitis C, like hepatitis A and B, is a viral disease that affects liver function. The Baby Boom generation has been particularly hard hit with chronic hepatitis C infections, many of which were related to intravenous drug abuse and sexual transmission. It is estimated that the rate of acute hepatitis C illness that is self-limiting—meaning that a disease does not further develop into a serious medical issue—is in the minority and that 75% to 85% of people infected with the hepatitis C virus will go on to have chronic disease. Of those people with chronic disease a significant portion of them will develop serious sequelae (complications) such as scarring (cirrhosis), liver failure and even liver cancer.

In cases of gradual fibrosis and scarring of the liver, the website of the American Liver Foundation says that after years of quiescence, patients may experience the following:

People at risk, the American Liver Foundation says, are:

Unlike hepatitis A and B, there is no vaccine to protect against hepatitis C but there are drug regimens that offer the chance of cure. A cure is defined in this sense as a sustained virologic response, where no virus is detected in your bloodstream three months after the completion of the treatment. The antiviral therapies used to cure hepatitis C are not without the potential for risk and side effects and must be carefully coordinated, depending on the specific nature of your disease and your general health, by your doctor and the team taking care of you.

You should always be mindful of the costs involved in the therapy and be in close contact with your insurer or health plan before and during treatment. As reported by Maggie Fox from a May 6th 2018 NBC News article, the costs can be staggering. The article states that for the 3.5 million people infected (and half are not even aware of the infection) over 90% can expect to be cured, but at great expense. Matt Salo, of the National Association of Medicaid Directors had this to say: “There are probably a million people who have hepatitis C in the Medicaid world…When it costs $64,000 to cure hepatitis C, that’s a great deal. Multiply that by a million people? That’s what makes people freak out.”

So if you are in the high risk categories as explained above, it is time to talk to your doctor about getting tested and, based on the results, plan a course of action that might lead to the curing of a formerly incurable and serious condition. But do realize the financial, physical and emotional challenges that lie ahead. They can be substantial.